Imagine if each one of us had an A.I as powerful as JARVIS or FRIDAY, as seen in Marvel Cinematic Universe.

How cool that would have been!

But coming to the reality, the only thing close to JARVIS or FRIDAY we have is Google Assistant.

Talking about Google Assistant, it is undoubtedly the most powerful and feature-rich virtual assistant as compared with its other counterparts. And it just keeps getting better, thanks to Google, who is known to be adding new features to Google Assistant every now and then.

By default, the Google Assistant has a female voice. But Google gives you the ability to change its voice and also the accent.

Here’s how you can change the Google Assistant voice on Android.

How To Change Google Assistant Voice on Android

Step 1: Go into your device’s Settings. Scroll and look for Google. Tap on it.

Step 2: You’ll see a number of Google’s services. From that list, tap on Search, Assistant & Voice.

Step 3: On the next menu, tap on Settings sitting right at top of the menu. 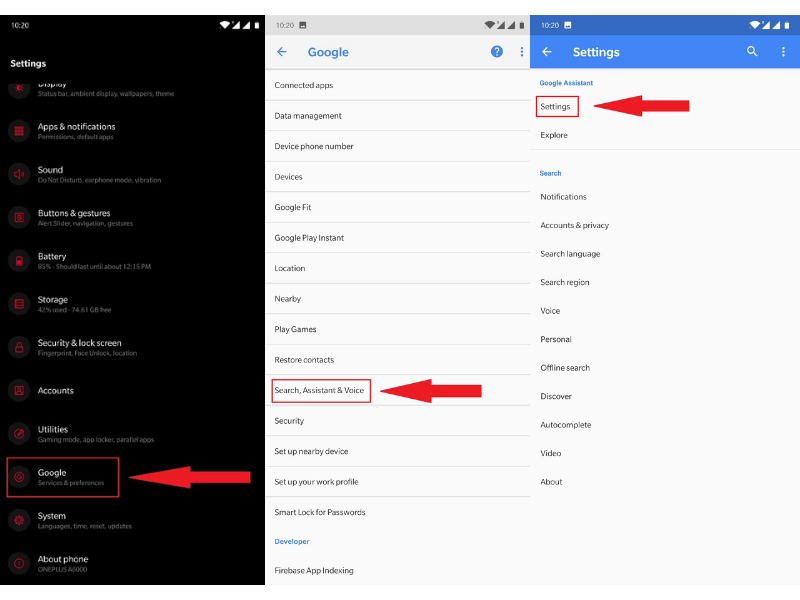 Also Read: How To Change System Language on An Android Device

Step 4: Tap on the Assistant tab or simply swipe left. Under the Assitant tab, tap on Assistant voice. 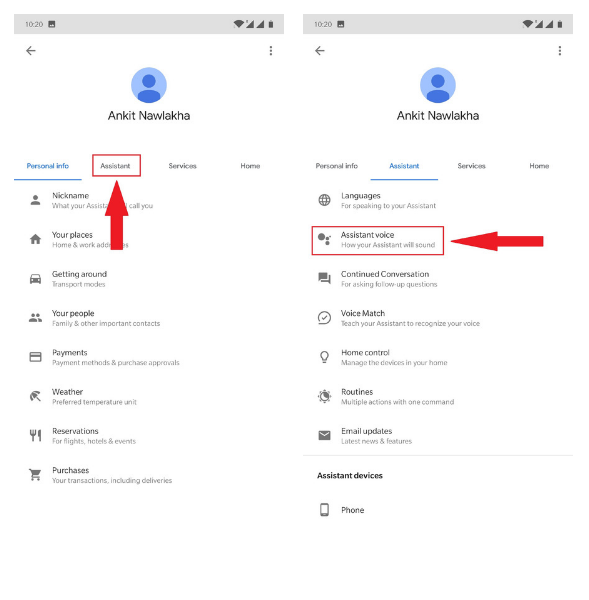 Also Read: How To View Saved Passwords In Chrome For Android And How To Export Them

Step 5:  You will be presented with a carousel-style list of voices and accents that you can pick. 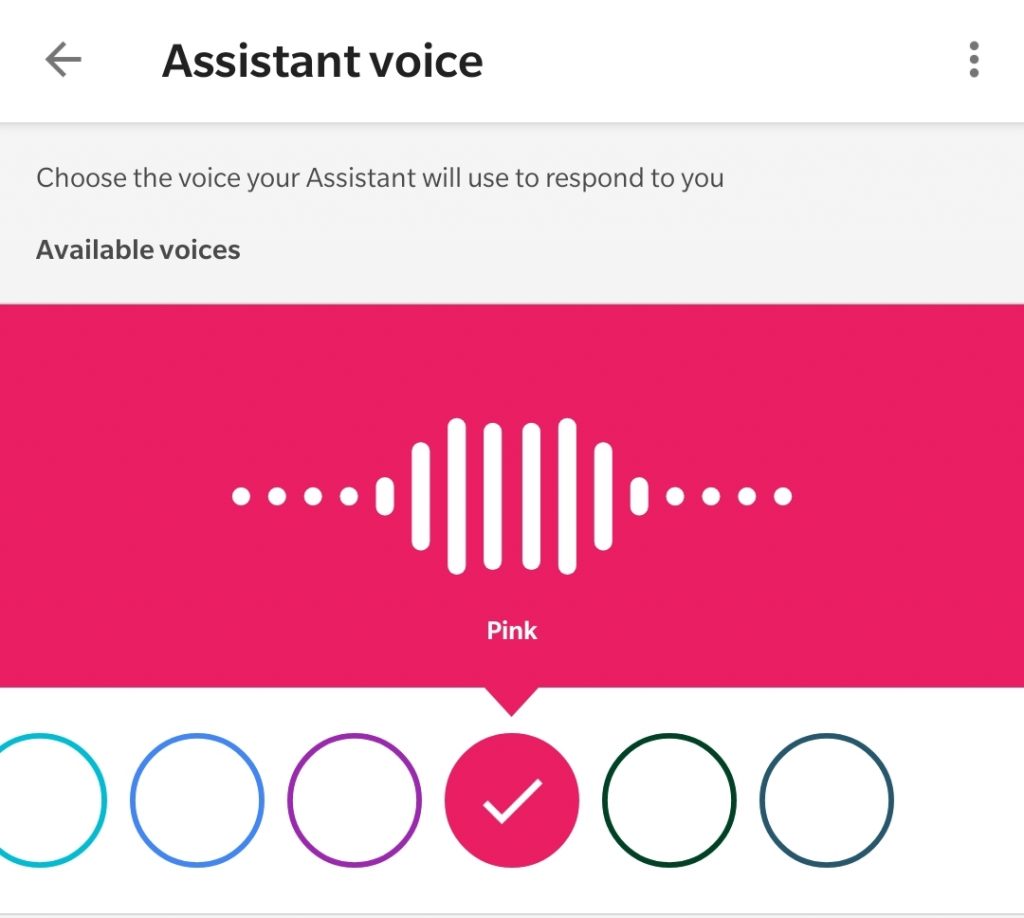 There are 10 different voices that you can select. Google has named all the voices after different colors. And FYI, colors were picked randomly. These colors do not represent any gender or accent.

Also Read: How To Turn Off Autocorrect on Android

Go ahead and listen out all the voices and pick the voice that better suits your personality. My favorite is Pink.

Remember that you need an active internet connection to change the Google Assistant voice.

There you go. Now you know how to change your Google Assistant’s voice. Let me know in the comments section if you run into any kind of issue while following the above steps. I might be able to help you out.

And don’t forget to share this article with your family members and friends on your favorite social networking websites/apps.