Facebook-owned WhatsApp has been getting new updates with new features every now and then.

A few months ago WhatsApp introduced Stories. That big update was followed by another update which enabled users to share their real-time location with friends.

And with the next WhatsApp update, users will be able to recall messages that were sent accidentally or by mistake.

This shows that WhatsApp is getting better and better with every update in terms of user experience. We just cannot argue with the fact that WhatsApp is the most popular messaging app for Android.

Almost all the WhatsApp updates are pushed in a systematic manner.

First of all, the update goes through the alpha stage, which is meant to be tested by the developers.

Then it is pushed out to beta stages, where all the WhatsApp beta tester gets the update to try it out.

And finally, the official version is pushed out to the general public.

It takes around a month for an update to go from beta version to public version.

But if you are one of those who can’t wait for the public release, you can try out the beta version. And hence, get to use all the latest features before everyone else.

Wondering how is it possible? Read on!

Update: As of now WhatsApp has stopped taking accepting more beta testers. That means you can’t be a beta tester just yet.

How to become WhatsApp Beta Tester?

In case you are very curious to try out new features as soon as possible then you can become WhatsApp Beta Tester.

You don’t require any permission nor do you have to apply for it. You can become a WhatsApp Beta Tester now, within a few minutes. Here’s how:

Step 1: I know that almost all of you already have WhatsApp installed on your phone. But just in case, head over to this link and download WhatsApp Messenger from the Play Store.

Step 2: Follow this link on your PC to enroll yourself in WhatsApp testing program. Just make sure that you are signed-in to your Google Account which is also the Primary Google Account of your device.

Step 3: As you can see from the screenshot, you’ll notice a big blue button saying ‘Become a Tester’. Click on it.

Step 4: As soon as you click, you’ll see “You are now a Tester” written in place of that blue button. You have now become, officially, WhatsApp Beta Tester.

Now, if you visit Google Play Store, you’ll see ‘Beta’ suffixed to WhatsApp Messenger. And along with that, the Google Play Store will also keep you informed that you are a beta tester of this app. 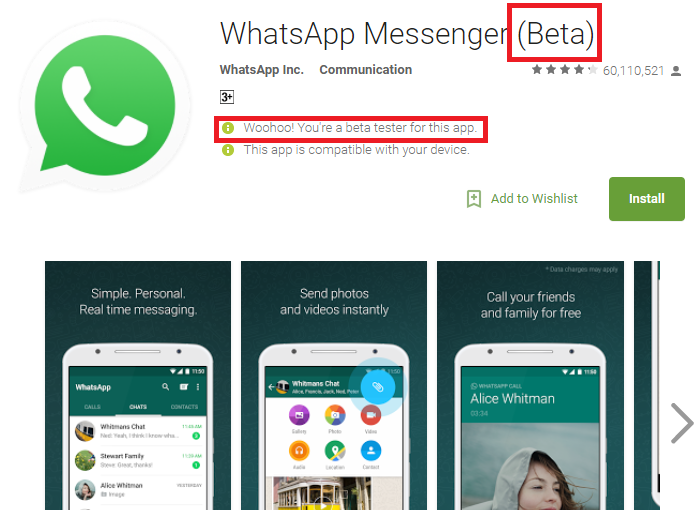 Step 5: On your phone, launch the Play Store. Tap on the hamburger button found on the top left. Then, tap on My apps & games. 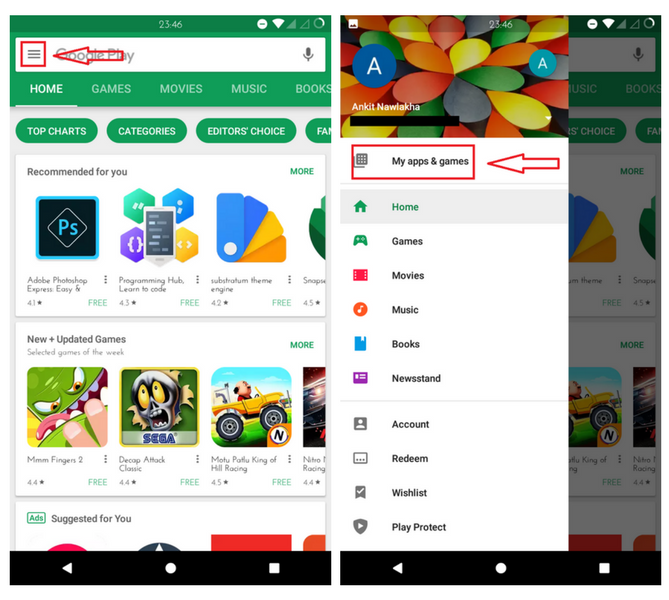 Step 6: You will notice that there is an update available for WhatsApp Messenger. Tap on Update. This will download WhatsApp Beta on your phone.

In case you don’t see any updates then wait for a few minutes or an hour till the update shows up.

That’s it! You’ve successfully become a Beta Tester and have downloaded the beta version of WhatsApp. Easy it was, wasn’t it?

If you ever decide to back off from this program for any reason, you can do that quite easily too.

Here’s how you can do it:

Step 1: Head over to this link. Make sure that you’ve signed-in to the same Google Account which you used to enroll yourselves on to this program.

Step 2: Once on that page, click on Leave the program.

On the next page, you’ll see “You left the test” written.

Step 3: Head over to your phone and uninstall the WhatsApp Messenger (Beta) from your device. Don’t forget to take backups, if required.

Step 4: Re-Install the public version. You can do that by following this link from the Google Play Store. Just like the way you do to install any regular app.

What are your thoughts on WhatsApp Messenger (Beta)? Do let me know in the comments section!