The world’s biggest mobile electronics trade show, MWC 2017, is in its full swing at Barcelona.

For those of you who don’t know about Mobile World Congress (MWC), it is the world’s largest exhibition for the mobile industry held in Barcelona every year. It kicked off on 27th of February and ended 2nd of March.

MWC is a great place for brands to showcase their new devices. Every year small brands, big brands comes in to unveil and announce next gen devices. And this year is no different.

There are a lot of announcements and new devices to cover. Literally A LOT! So I decided to pile up all the major announcements in a single post. Here. 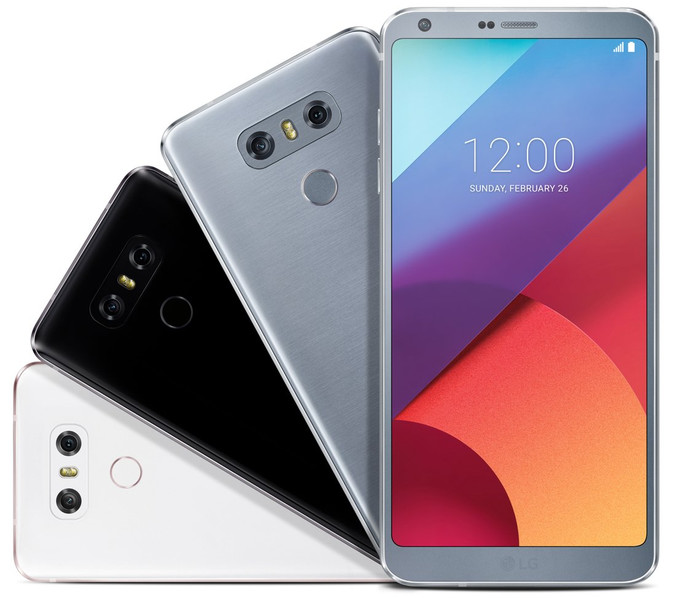 LG at MWC unveiled its latest flagship phone, G6. It is the successor of the modular concept based G5 which came in last year. However, with G6, LG has decided to ditch the modularity.

The G6 features a 5.7″ QHD display. What makes the screen of G6 different from other smartphones is that its screen has an aspect ratio of 18:9.

As for the camera, it has dual 13-megapixel cameras on the rear and a 5-megapixel camera on the front. It has 32 GB of internal storage which can be further expanded up to 2 TB via a micro-SD card.

The LG G6 is IP68 water resistant and supports USB-Type C and NFC. It runs on Android 7.0 Nougat and has Google Assistant built-in. It comes in Black, White and Titan.

It runs on Android 7.1.1 Nougat. 16 GB of internal storage which is expandable up to 128 GB via micro-SD card.

It will come in Silver, Matte Black, Blue and Copper. Nokia 5 will go on sale in the 2nd quarter at a price tag of $199.

The Nokia 3 also comes with a 5-inch HD display but is powered by MediaTek 6737 processor. It packs 2 GB RAM, 16 GB internal Storage and 2,650 mAh battery. As far as the camera goes, it has an 8-megapixel front and rear cameras

HMD Global also unveiled the Nokia 3310, an updated version of the iconic Nokia 3310. It certainly isn’t a smartphone. It has a colorful display though. The main USP of Nokia 3310 is its battery. HMD Global claims the phone will last 30 days on a single charge.

And yes, it has an all new Snake game too.

Alongside the new phones, HMD global also announced that Nokia 6 will be launching worldwide and will go on sale from Q2 2017 at a price point of around $242.

Nokia 6, which was exclusive to the Chinese market until this point, was unveiled in January 2017.

Motorola Moto G5 and G5 Plus

Lenovo unveiled the latest Moto G5 and G5 Plus here at MWC 2017. Two premium looking phones at an affordable price.

The Moto G5 has a 5-inch, Full HD display, Qualcomm Snapdragon 430 chipset, 2 GB RAM and 16 GB internal storage with micro-SD support up to 128GB. It has a 13-megapixel rear camera with f/2.0 aperture and 5-megapixel front-facing wide-angle camera with f/2.2 aperture. The G5 is backed by a 2,800 mAh battery.

On the other hand, the Moto G5 Plus has a 5.2-inch full HD display and comes with a more powerful Qualcomm Snapdragon 625 processor. Other specifications include 2 GB/4 GB RAM, 32 GB/ 64 GB internal storage with micro-SD card support. The front-facing camera is similar to the one found in G5 but the rear camera is a 12-megapixel with f/1.7 aperture.

Both of the devices runs on Android 7.0 Nougat. The G5 will launch in the month of March with a price tag of $210. The G5 Plus will go on sale in mid-spring.

To start with Xperia XA1 and XA1 Ultra, both of the devices are powered by MediaTek helio P20 octa-core processor. The XA1 has a 5-inch 720p display whereas the XA1 Ultra has a massive 6-inch Full HD display.

In terms of camera, both of the devices houses  23-megapixel 1/2.3 inch Exmor RS sensors. The XA1 ultra has a 16-megapixel front-facing camera while the XA1 has an 8-megapixel selfie camera.

Both the device runs on Android 7.0 Nougat and will be available in White, Pink, Gold and Black. The XA1 will go on sale from 1st of May at a price point of $300. Price and release date of XA1 Ultra is not yet revealed.

The flagship XZ premium has a 5.5-inch 4K resolution display and comes with a powerful Qualcomm Snapdragon 835 chipset. It has 4GB RAM, 64GB internal storage and 3,230 mAh battery.

The Xperia XZs has a 5.2-inch 1080p Triluminous display and is powered by Qualcomm Snapdragon 820 processor. It also has 4 GB RAM, 32 GB internal storage with a 2,900 mAh battery.

Both of the phones have 19-megapixel 1/2.3″ Exmor RS sensors with an ultra slo-mo mode which lets you record videos at 960 frames per second.

The Xperia XZs will be available from 5th of April with a price tag of $700. No words on the availability and pricing of Xperia XZ Premium yet.

Blackberry, or TCL, revealed the Blackberry KEYone, which was previously known as Blackberry Mercury.

With the KEYone, the company is bringing back the iconic blackberry physical keyboard. The KEYone has a 4.5-inch Full-HD display combined with a physical keyboard right at the bottom. The device runs on Qualcomm Snapdragon 625 processor and has a 3GB of RAM.

The keyboard has a fingerprint sensor built into the keyboard spacebar. It also has 52 other shortcuts, like long-pressing ‘F’ will open up Facebook.

The phone features 12-megapixel rear camera with f/2.0 aperture and an 8-megapixel front-facing camera. It runs on Android 7.1 Nougat and has a 3,505 mAh battery.

Both the devices have an 8-megapixel front-facing shooter with f/1.9 aperture. The rear camera of P10 Plus is a Leica Dual Camera 2.0 Pro edition with 12 and 20-megapixel sensors with f/2.2 aperture. The P10 has the same camera but it’s not the Pro edition and comes with f/1.8 aperture.

Gionee introduced a new series of smartphones at MWC 2017. The A series. Gionee unveiled A1 and A1 Plus.

The Gionee A1 sports a 5.5-inch Full HD AMOLED display. The device runs on MediaTek helio P10 processor with 64GB of internal memory which can be expanded up to 128GB via micro-SD card. 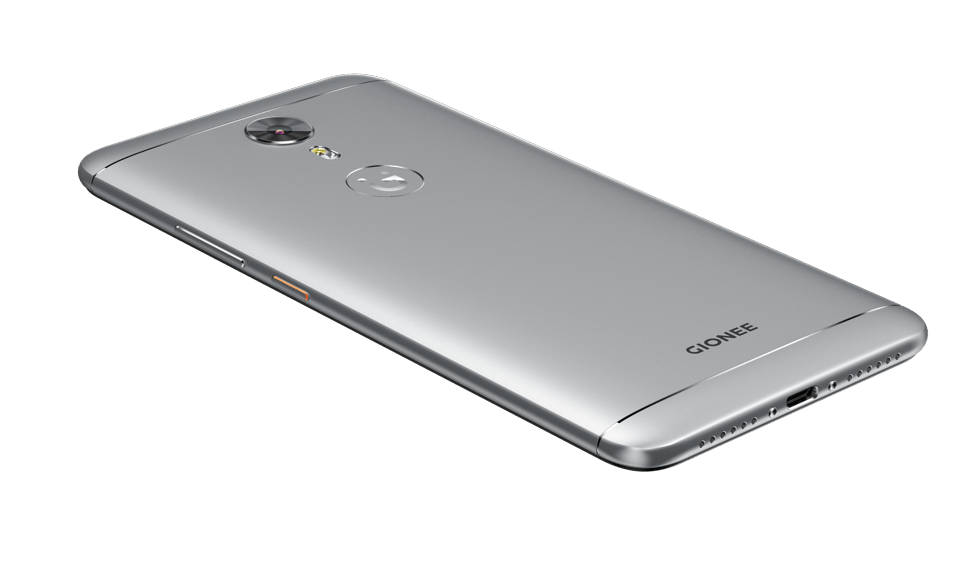 On the other hand, Gionee A1 Plus has a massive 6-inch display and is powered by MediaTek helio P25 chipset along with 64GB of internal storage with micro-SD card support.

Gionee claims that the main USP of these phones is its front-facing camera. The A1 has a 16-megapixel front-facing shooter with f/2.0 aperture and flash whereas the A1 Plus has a 20-megapixel selfie camera. 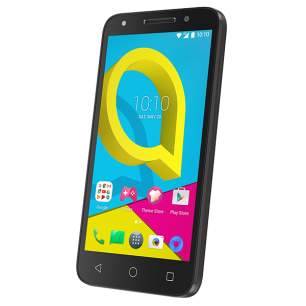 The U5 is a lower-end smartphone with a 5-inch display and MT6737 Quad-core processor. It has 1GB RAM, 8GB internal storage, micro-SD card slot, 5-megapixel rear camera, 2-megapixel front-facing camera and 2,050 mAh battery. 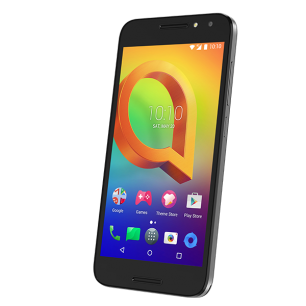 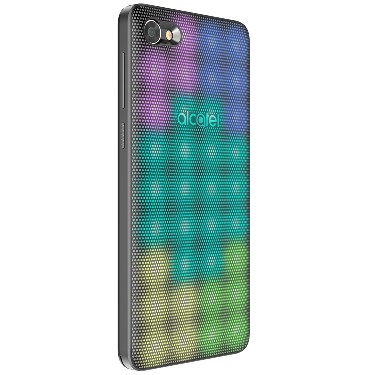 Pricing and availability of the above devices are not yet revealed. 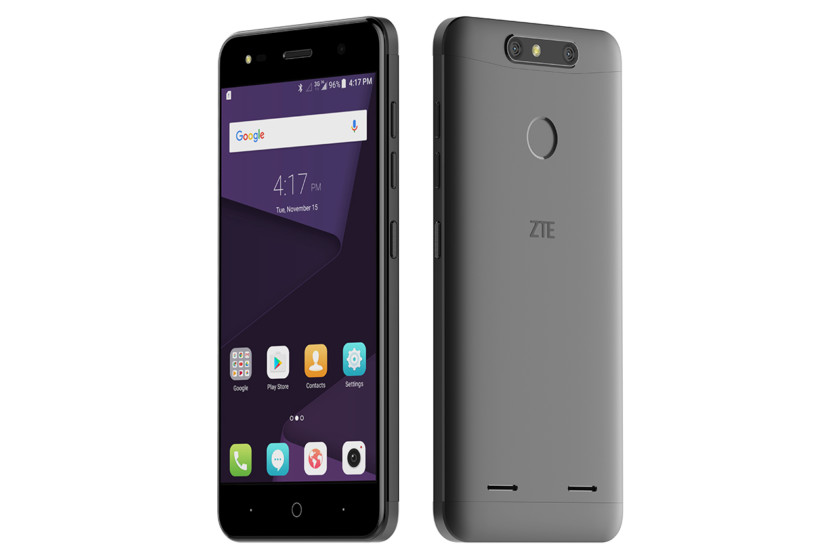 The Blade V8 Mini has a 5-inch display. It is powered by Qualcomm Snapdragon 435 processor coupled with a 2GB RAM. It has 13MP and 2MP dual rear camera which also has a support for 3D shooting mode. A 5-megapixel camera at the front and a 2,800 mAh battery.

V8 Mini also has a fingerprint sensor and runs on Android 7.0 Nougat with ZTE’s MiFavor 4.2 over the top of it. 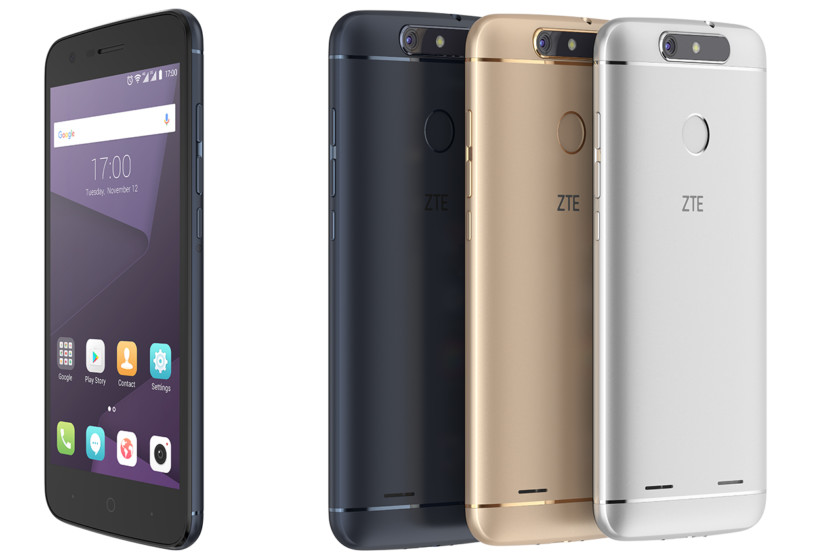 Talking about the Blade V8 Lite, the phone has a 5.0-inch display and is powered by MediaTek 6750 octa-core processor. It sports an 8-megapixel rear shooter and a 5-megapixel front camera.

Pricing and availability of the above devices are yet to confirmed.

What do you think about these newly announced devices at MWC 2017? Which one would you like to buy? Let me know in the comments section below.