Smartphones are the most personal device most of the people possess, considering how much of our time is spent using it.

When it comes to further personification, we, the smartphone users, leave no stone unturned. From slapping a cover on the back to changing the font on our device, we never miss a single chance to give our phones a personal touch.

Now as far as giving a personal touch to a smartphone is concerned, there is one area which is not considered by most of us. And that is, changing the system language.

Android has been natively supporting most of the major languages of the world since forever. Therefore, changing the language of your android smartphone won’t be a big issue.

Also Read: Simple Ways To Customize Android Like A Pro

If you want to change the language of your android smartphone for the purpose of personification or for any other reason, you are in the right place. Read on to find out how to change language on Android.

How To Change Language On Android

Scroll down to the bottom and tap on Languages & input.

On the next menu, tap on Languages. 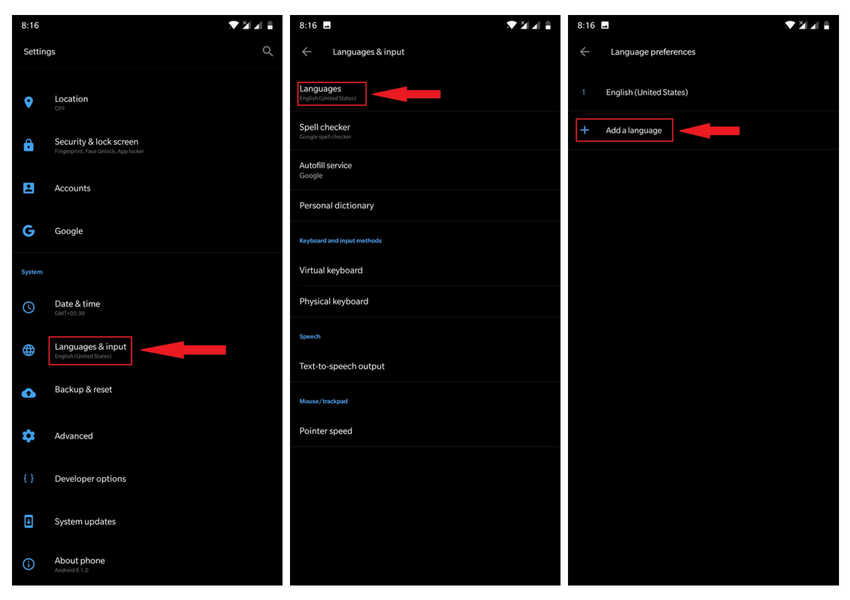 From the list, choose the language you want as your system language and tap on it.

Now to change your device’s language to your chosen language all you’ve got to do is tap and hold the ‘two parallel lines’ (which also looks like an equals sign) located besides the name of your added language and drag it to the top of the menu.

The moment you lift your finger from the screen, your device’s system language will be changed to your chosen language. 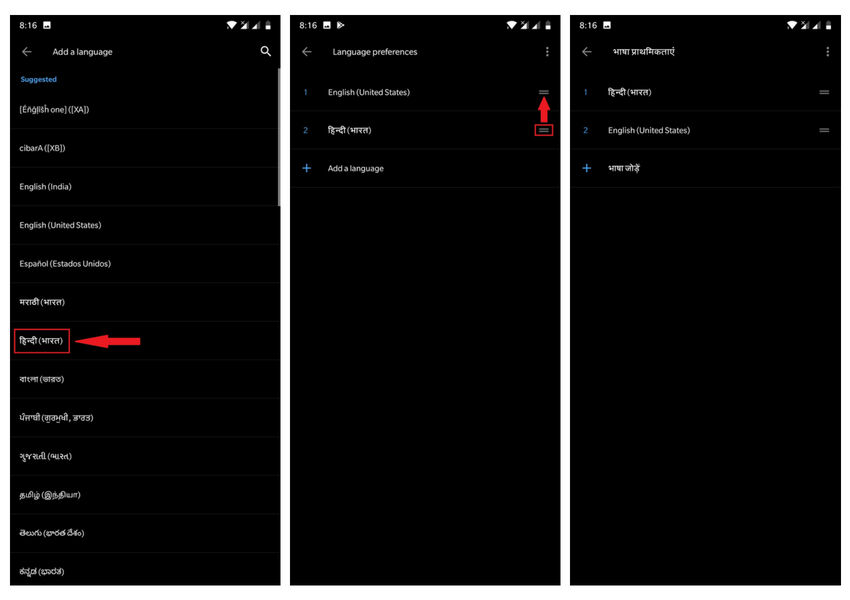 You can add as many languages as you want. Just keep in mind that the language which you want to use should be dragged to the top of the list.

In case you ever decide to remove a language which you’ve added, you need to follow these easy steps:

How To Remove A Language From Android

Go into your device’s Settings. Find Languages & Input and tap on it.

On the next menu, tap on the ‘three-dots’ icon on the top-right corner. From the drop-down menu, tap on Remove.

After tapping on Remove, checkboxes will appear to the left of the name of all the languages. Tap on the checkbox next to the language you want to remove and tap on the Bin icon on the top-right corner.

A Dialog box will appear for confirmation, tap on OK. Tapping on OK will remove the added language 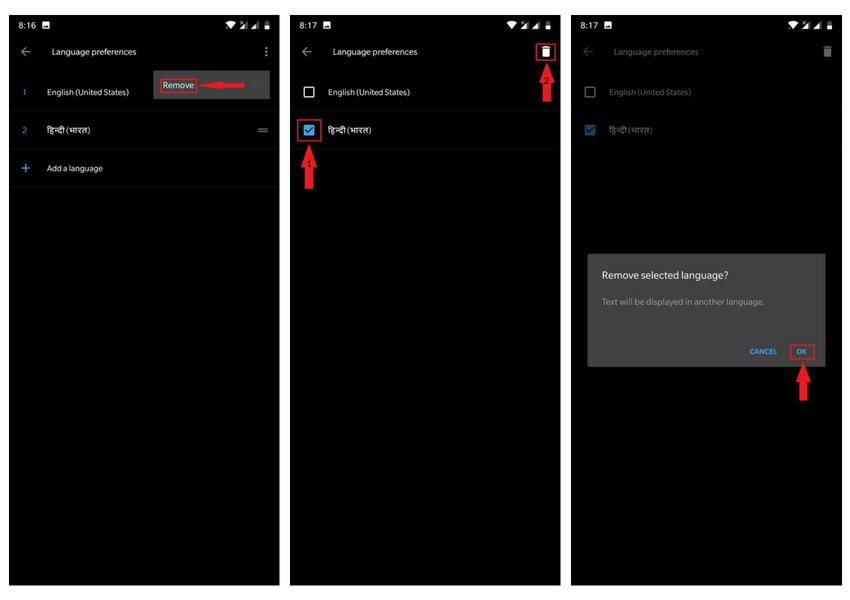 That was a very quick guide on how to change language on android and how to remove one. Now tell me, would you ever consider changing your smartphone language from English to your Mother-tongue? Let me know in the comments.

And don’t forget to share this article with your family and friends on your social network.